Todd Engineering is always looking for ways to keep up with the market, to be more innovative and push boundaries. They understand that the customer wants to be able to create the fastest throughput of vehicles and increase productivity within their Bodyshop. 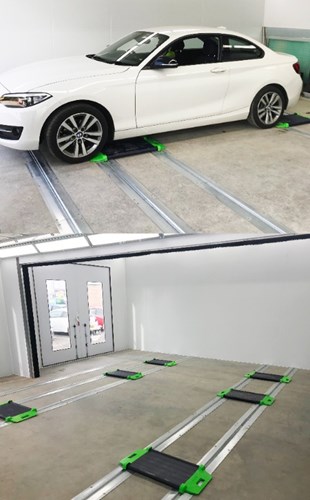 Using a movable spay booth seemed inefficient to solve all the problems a Bodyshop faces, and in some cases creates new obstacles to overcome.

Pop-up spray booths are potentially useful for smaller bodyshops, and even the portable solutions are an excellent response for on the go smart repair. Still, within a conventional Bodyshop, these options aren’t practical.
In some cases, the movable spray booth will open up the workspace more than a static spray booth. This may leave space for other stages of prep to take place simultaneously, but when it comes down to the effectiveness of the spray booth, the structure of a moveable spray booth falls short.

With the moveable booth, only one car can be sprayed and dried at one time and so, another car/parts could be sat waiting while that is happening, because of this we fail to see how this truly tackles the problem.
As an advantage, the moving booth eliminates the need to move the car, but this could be solved easily with a track and skate system, and unlike the movable booth it still give a high-quality airtight atmosphere needed for a superior finish.

Todd Engineering wanted to produce a balanced solution, and so, their booths don’t move, but the cars on a track and skate do, seamlessly.

Their solution of a Nemesis spray booth with a track and skate system and integrated E5 robot gives you a working atmosphere of the best quality static booth on the market.
Once spraying has taken place, in any of the three bays in the Nemesis booth, there is one E5 robot that can alternate between each bay to get the most out of one curing robot.

To get extraordinary results, they combine the Nemesis spray booth the E5, a robotic gas catalytic arch on sliding on rails with parallel and horizontal translation, with nr. 9-12 specific catalytic heaters powered with LPG or Methane

Put simply, with other companies movable/portable booths, you have five bays but still, only one car at a time can be sprayed and dried; but if you have three bays in our Nemesis booth, all vehicles can be prepped and sprayed at the simultaneously within the three bays, then individually cured in minutes with the Greentech E5.

With the Greentech technology, cars can be worked on minutes after curing. That includes cured filler, primer, base coats and topcoats.

Todd Engineering has, of course, considered the moveable spray booth solution in the past. Still, while reviewing the problems we are trying to solve, we realised that the moveable booths only address half of the problem, the Nemesis and E5 booth see to your every need, reducing key-to-key times and not just improving but maximising the productivity. 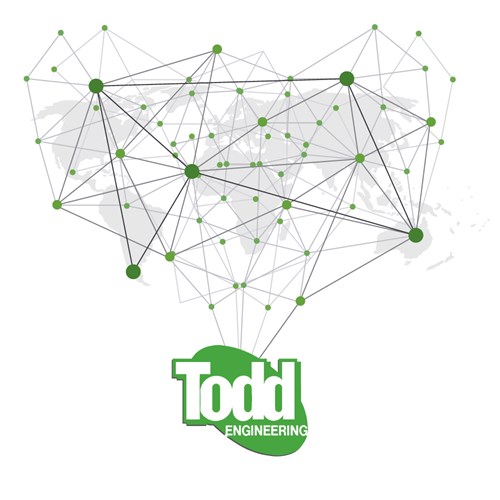 Get in touch with your enquiries today